Background: Lynne contacted Aurora Hypnotherapy as she had developed an unhealthy relationship with flying over the years due to a bad experience and flying for her had now become something best avoided or at best, endured. She wanted to get back to her earlier days of enjoying flying and being able to fly solo without someone holding her hand (ie. her husband!)


Lynne, how did you feel about hypnotherapy before & what made you decide to give it a go?

Initially I was sceptical about hypnotherapy - I thought it was some kind of magic with no basis in science but then when I booked a holiday to Hawaii with LOTS of flights I realised I had nothing to lose. I did some basic research and realised that hypnotherapy actually has a significant basis in science which appealed to my logical nature and decided to go for it.

What was your first experience like for you & how did you progress through the sessions?

When I arrived for my first session it was a real mix of excitement, nerves and still a bit of scepticism. This could be the start of something life changing but what if it didn’t work?Thankfully Andi was on hand to answer this and the many other questions that I had. She instantly made me feel comfortable and I was able to be completely open about the concerns I had around flying. As I was talking about my phobia it wasn’t easy but Andi reassured me that everything I was feeling was normal and created a really safe space. When we moved to the hypnotherapy part of the initial session it wasn’t what I expected at all. I was completely aware of everything that was going on around me but I did feel very calm – a feeling which stayed with me for the rest of the day. I left my first session armed with techniques to practice self-hypnosis and a positive outlook for the sessions ahead.

Following my first session I practiced the techniques that Andi had shared on a daily basis which meant that the next sessions were for me even more productive. After the second session I was genuinely starting to look forward to my flight. In my final session it all became very real as I was flying the following day and I had lots of questions, one of which was “Can I somehow undo what you’ve done overnight?” Andi never judged any of my rationale and again explained to me how the process worked so I felt in control again. She also gave me other tools that I could use during the flight to make sure that I remained in a calm and controlled frame of mind.

How did you approach flying AFTER the sessions & what changes did you see within yourself?

The day after my final session I was ready for the first part of my journey which was a short flight from Glasgow to Heathrow. For me this was the part I felt most nervous about. I felt particularly anxious about flying in smaller planes but if I wanted to make it to Hawaii then I had to do it. As I travelled in the taxi to the airport I suddenly became aware that I didn’t have the normal sinking feeling in the pit of my stomach. I enjoyed my time in the airport waiting on my first flight as it felt like part of the holiday rather than something to be endured but maybe that would change as I boarded the plane. I boarded, sat down and everything still felt normal. As we started to move along the tarmac I once again used some of the techniques that Andi had taught me and genuinely before I knew it we were in the air and a short, pleasant hour later we landed in Heathrow.

After my first flight I felt confident but the next stage was an 11 hour trans-Atlantic flight to San Francisco… maybe that would be too long to be in the air? The second flight was as simple as the first and I felt calm and confident throughout. We hit a bad patch of turbulence and my husband had his arm ready for me to cling to but I was happily engrossed in a movie and asked that he leave me in peace. After landing in San Francisco there was one final flight to get us to our final destination in Maui which was a six hour flight and in a plane the same size as the one from Glasgow. So I had been comfortable on that size of plane for an hour but would I manage six times that? Of course I did and for the first time in a long time I was able to actually relax and sleep on a plane which meant when we arrived some 24 hours plus after leaving Glasgow I was ready to continue with our holiday!! While there we also flew between the Hawaiian Islands and at no point did I ever feel uncomfortable on the plane no mater how tiny! 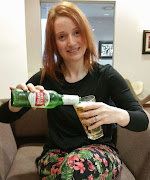 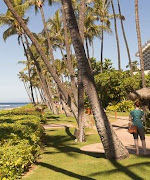 ​​​​​​​What would you say to people who are afraid to try hypnotherapy?

You have nothing to lose so please try it. My experience has been nothing but positive and when I started this journey I really didn’t think it would have the impact that it has. I am now genuinely looking forward to being able to travel wherever I want without my unhealthy coping mechanisms. Hypnotherapy is also a great way to manage stress and the tools Andi gave me I have used in a variety of situations which have helped me be more effective at work and even helped improve my breathing while running!